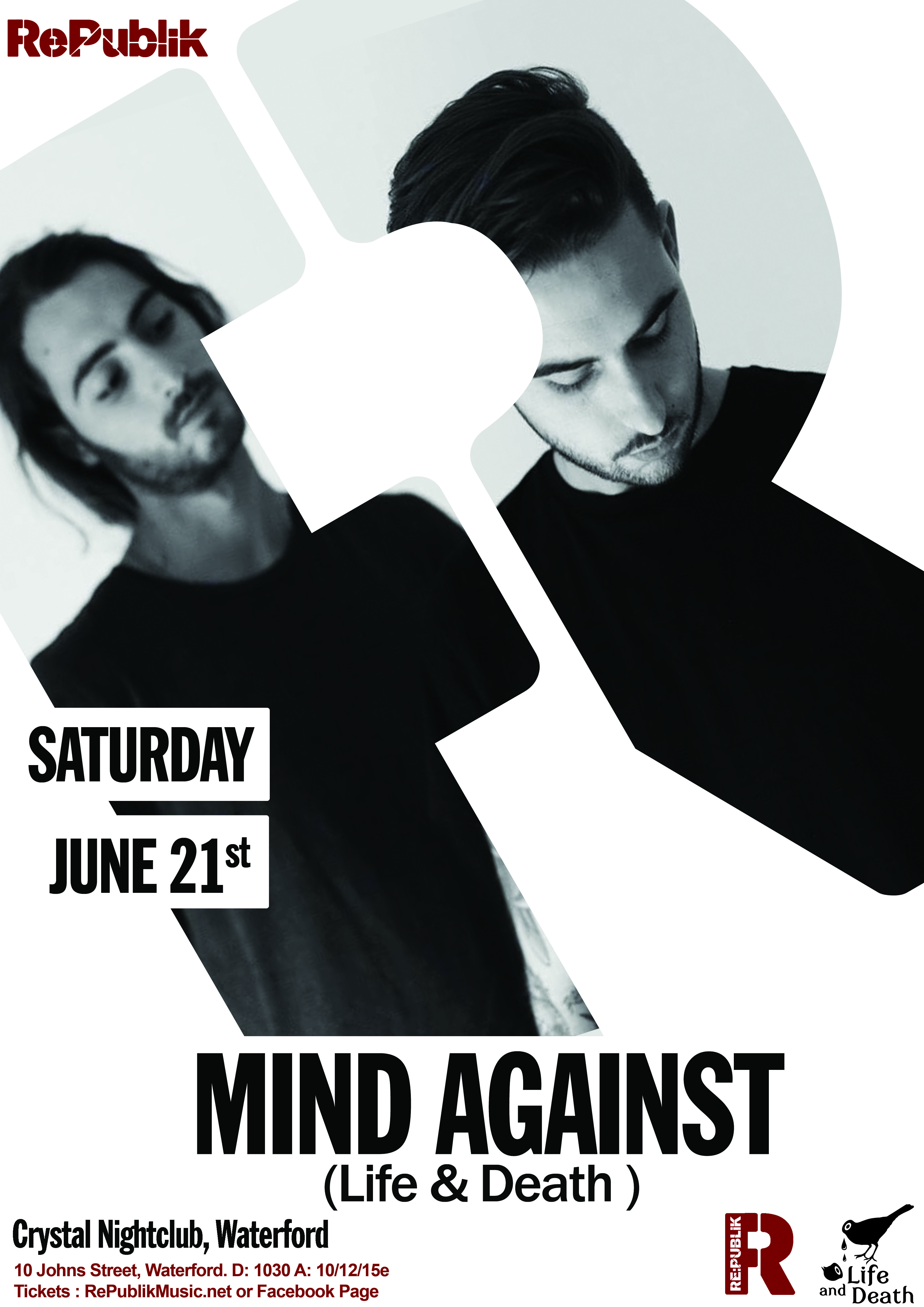 RePublik are delighted to announce the Waterford debut of one of the hottest properties in the scene at the moment, MIND AGAINST, Saturday June 21st at Crystal, Waterford.

Mind Against are an Berlin-based electronic music duo.
The project is born in 2011 and in 2012 they recorded and released their first single “Cagliostro” on breakthrough label Life and Death.

Through the same imprint, Mind Against released in 2013 their debut EP “Atlant” to critical acclaim.

In 2012 and 2013 the duo have also composed several remixes for, amongst others, WhoMadeWho, Art Department, Róisín Murphy, PillowTalk and Avatism on labels such as Kompakt, Cocoon Recordings and aforementioned Life and Death.